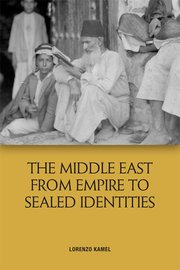 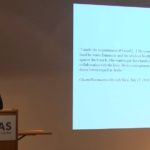 This compelling analysis of the modern Middle East – based on research in 19 archives and numerous languages – shows the transition from an internal history characterised by local realities that were plural and multidimensional, and where identities were flexible and hybrid, to a simplified history largely imagined and imposed by external actors. The author demonstrates how the once-heterogeneous identities of Middle Eastern peoples were sealed into a standardised and uniform version that persists to this day. He also sheds light on the efforts that peoples in the region – in the context of a new process of homogenisation of diversities – are exerting in order to get back into history, regaining possession of their multifaceted pasts.

Share this story
Author: eumeniaadmin
Filed Under: News & Events, Publications
New book by Michelle Pace and Somdeep Sen – The Palestinian Authority in The West Bank: The Theatrics of Woeful Statecraft
New article by Dimitris Bouris and Anis Nacrour “The Ins and Outs of the EU’s Shortcomings in Syria” – in EuroMed Survey
Tweets by EUMENIA_JMN