New policy paper co-authored by Daniela Huber “The Mediterranean: A Space of Division, Disparity and Separation” 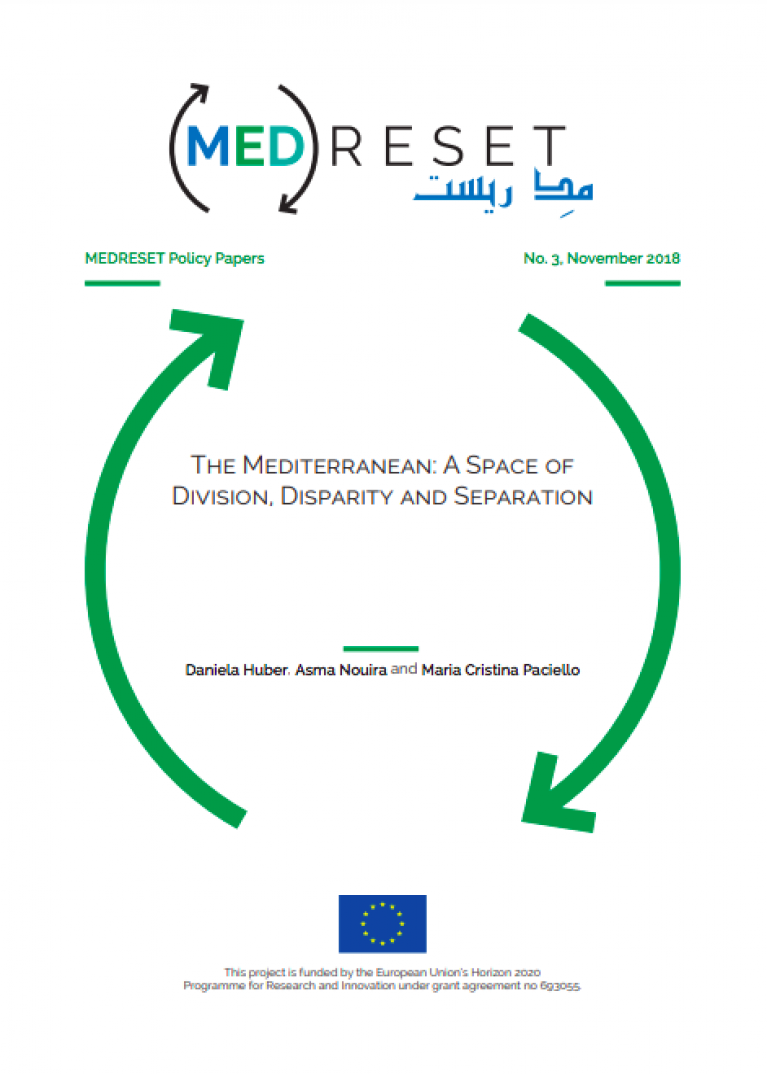 The Mediterranean is perceived by Southern stakeholders as a space of division, disparity and separation, performed into being through European depoliticizing, securitizing and technocratic practices in the spheres of politics, economics/development and migration. This imaginary holds up a mirror to the EU’s boundary-drawing exercise and production of the “ideal European self against its imperfect Southern Mediterranean others”. In contrast to the EU’s self-production, it is no longer externally perceived as a model; other models are emerging (Tunisia, Turkey, Russia) but do not yet represent an alternative. EU policies are seen as ineffective, mainly due to problems in EU visibility, coherence and a substantial gap between expectations in the South and actual EU output.

Share this story
Filed Under: News, Other publications, Publications
Tags: article, Daniela Huber, Mediterranean, MEDRESET
New article by Andrea Dessì “The EU Global Strategy and the MENA Region: In Search of Resilience”
Call for applications – Master of Arts (M.A.) in Mediterranean Studies at The University of Peloponnese
Tweets by EUMENIA_JMN