New lecture: “EU and democracy promotion in the Middle East (a European perspective)”, by Dr. Huber 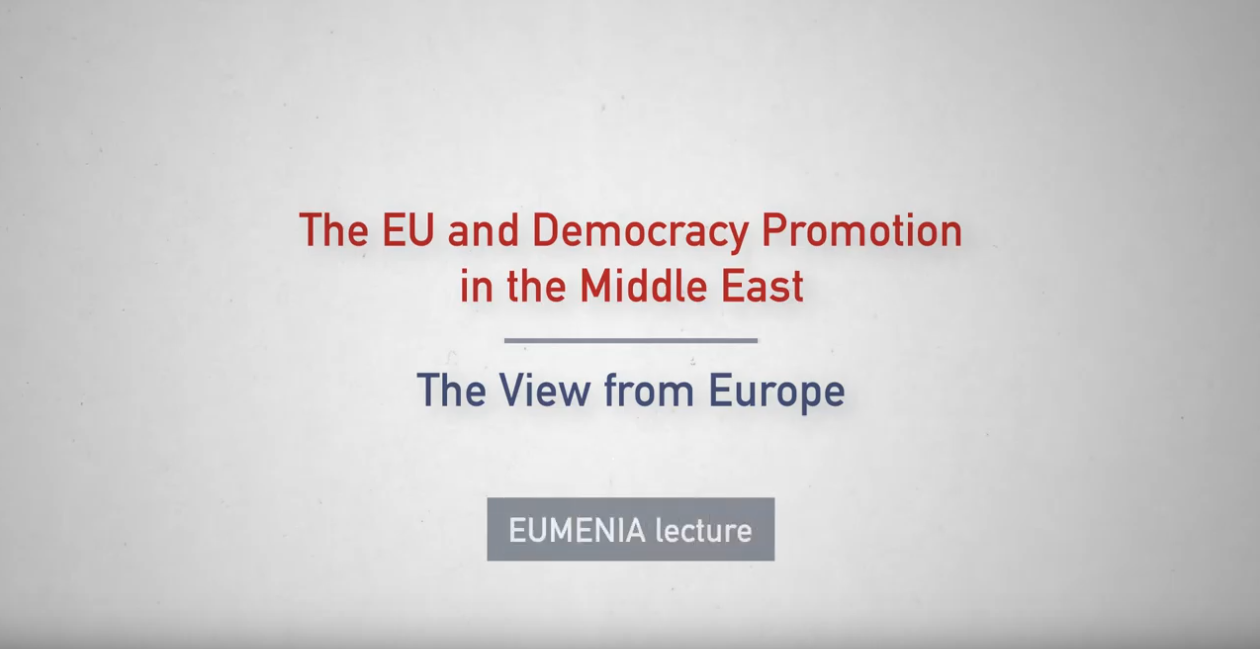 Dr. Daniela Huber recorded a lecture entitled “EU and democracy promotion in the Middle East (a European perspective)” in July 2020.

The EU’s democracy promotion is constant regarding objectives, but varies greatly depending on spatial and temporal factors. The priority is always internal cohesion, and respect by member states for rules and norms. Democracy is an essential ingredient of membership. Externally, the same values apply in theory, but democracy is not always promoted vigorously. The EU’s priorities in the Arab world are: control of migratory flows, maximizing security for Europe, and investment opportunities. Democracy comes in fourth place. In the Middle East, the issue is compounded by the fact that nearly all countries, and Arab states in particular, have authoritarian or even tyrannical regimes. This means there is a four-way interaction between the EU as a whole, its individual member states, Middle Eastern regimes, and Middle Eastern peoples. In this complex set of relationships, democracy promotion can easily become a victim to other stresses. One example is the treatment of the Palestinians during the transitional period of the 1990s. Beginning in 1991, the EU strongly promoted the development of Palestinian civil society organizations and their autonomous, transparent and democratic norms. But as soon as the Palestinian National Authority was born, the EU ruptured this relationship to the society in favor of programs going through the PNA. Nascent democratic practices suffered greatly with the Authority’s rising authoritarian and corrupt practices.